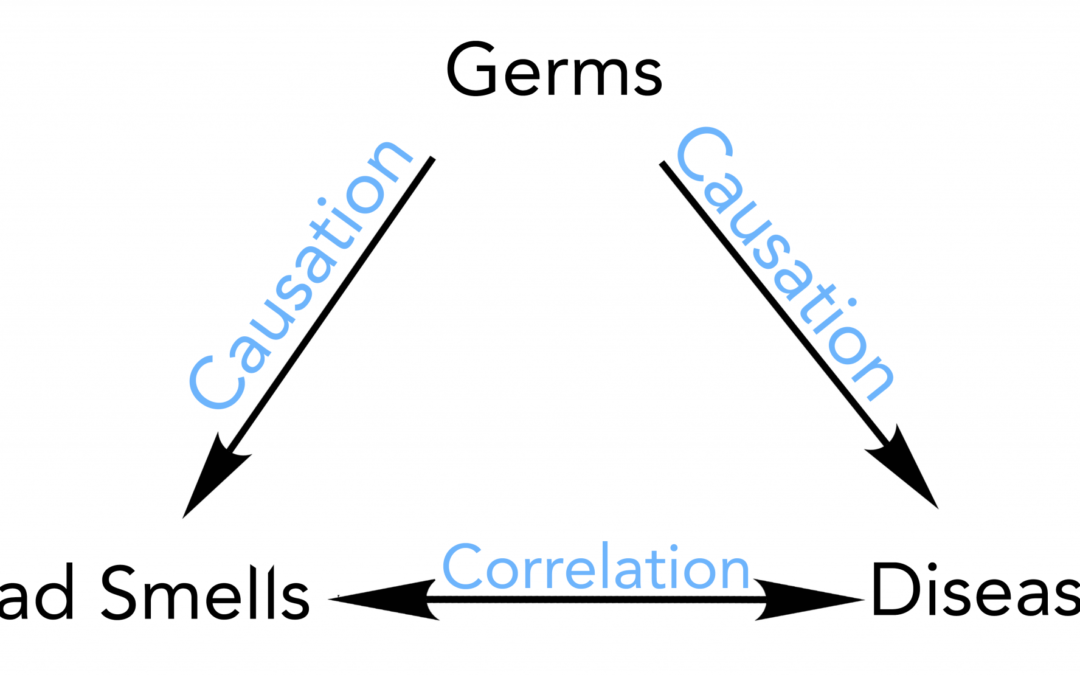 Understanding the definition helps to understand  the difference between the two types of relationships — an action or occurrence can cause another (e.g. smoking causes an increase in the risk of developing lung cancer), or it can correlate with another (e.g. smoking is correlated with alcoholism, but it does not cause alcoholism). In practice, however, it remains difficult to clearly establish cause and effect, compared with establishing correlation.

A correlation is the relationship between two sets of variables used to describe or predict information. Sometimes when there is a correlation, you may think that you have found a causation. Causation, also known as cause and effect, is when an observed event or action appears to have caused a second event or action.

Correlation is a statistical measure (expressed as a number) that describes the size and direction of a relationship between two or more variables. A correlation between variables, however, does not automatically mean that the change in one variable is the cause of the change in the values of the other variable.

Causation indicates that one event is the result of the occurrence of the other event, i.e. there is a causal relationship between the two events. This is also referred to as cause and effect.